Did you know that you can launch a playing GIF from the Terminal? I didn’t until today; but it’s really quite simple.

I’m working on deploying a new feature to my Mac users and wanted an easy way to show them how it works. I could launch a web-browser linking to a specific support article but wanted something that was simple and caused less friction which is where the thought of displaying a GIF to them after the Policy ran came to mind.

If you run open -a /path/to/super-cool-gif.gif, the GIF will open in Preview but won’t be animated 🙁. 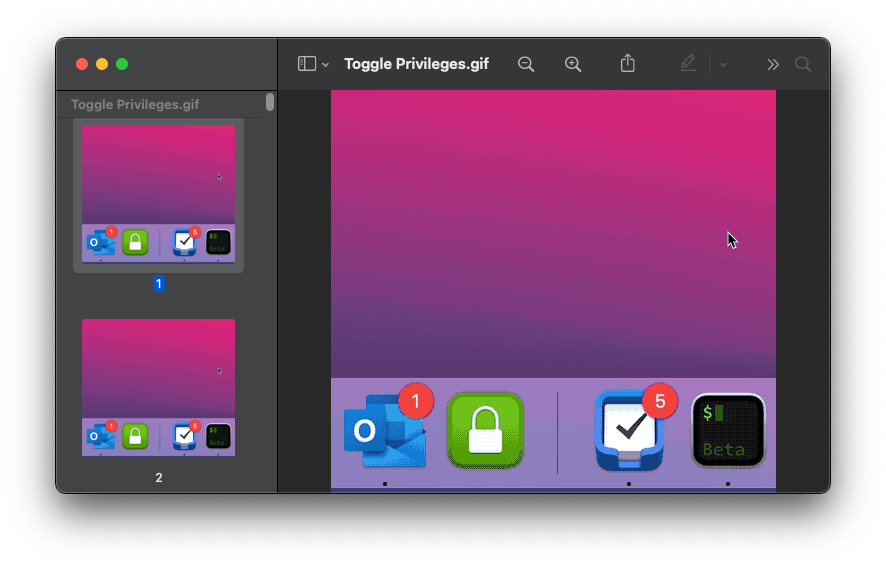 What I actually wanted was this 😃!

QuickLook will display GIFs in an animated fashion and as I leanrnt today from an 11 year old superuser post, you can trigger this from the Terminal with qlmanage -p.

When you have your super cool GIF to display for a user, make sure you’re running this command from the specified user’s context. In my case it was included in an Outset OnDemand script which would fire after the Policy executes but you could also try via sudo -u.

In both of these examples, I’ve added 2>/dev/null because the qlmanage process is quite chatty.